With the new generation a month away, I finally got my hands on a true next-gen title after putting the new Xbox Series X through the paces with backwards compatible games. Dirt 5 is a visual treat; mud flings into the air as you throw on your handbreak to cut around a corner as the sun slices through deep blue sky in blinding fashion. The visual leap forward is noticeable, but I was most impressed by how smooth everything feels.

Dirt 5 capitalizes on the speed emphasis of the Xbox Series X, loading detailed environments with several cars in just under 15 seconds; just as I was blown away by how fast the Series X can load an Xbox One game, I’m impressed by how short I have to wait once I enter an event. Speaking of events, Dirt 5 gives you multiple ways to experience a diverse offering of races, ranging from the choose-you-path career mode (complete with playful narration by Nolan North, and a mentor played by Troy Baker), and the other-the-top and creative Playgrounds. 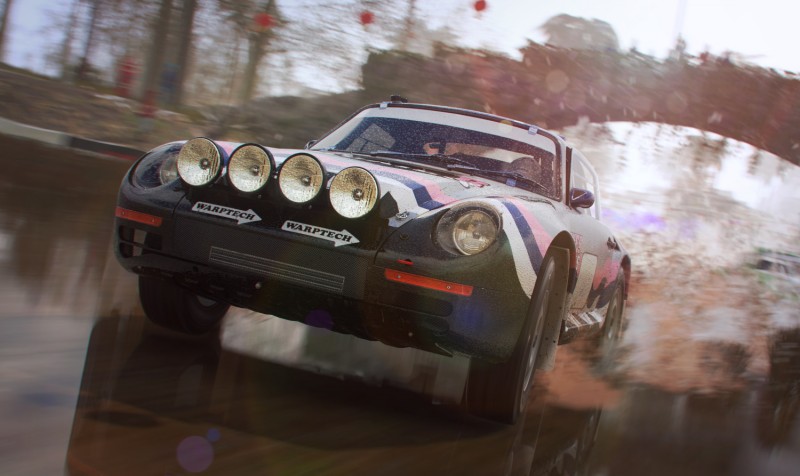 Career mode gets you into the action faster than I anticipated. After a short explanation of how the mode works, I’m immediately thrusted into my first Ultra Cross race (a combination of off-road and street racing) on a muddy Norwegian cliffside with waves crashing by the barriers. The better you do in each career race, the more XP, money, rep, and rewards you take home. While money is obviously used to buy new cars and upgrades, rep gives you additional sponsorship opportunities (which in-turn give you even more money) and XP levels up your profile, granting you access to more cosmetics to equip on your cars and profile.

After taking first place in that initial event in Norway, I’m given a choice to proceed to either a Rally Raid event (the quintessential point-A-to-point-B Dirt experience) in Greece or a Land Rush event (a true battle against the elements) in China. After completing my third event, a hilly Stampede race capped off by a massive jump in Italy, I’m finally able to afford a new car; I opt for the Ford Fiesta R5 MK II. 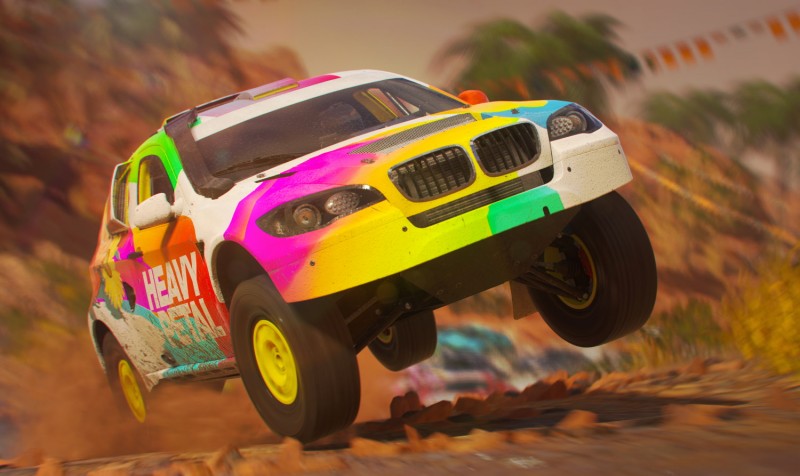 I spent a bit more time in career before heading over to Playgrounds, an all-new mode that not only lets you race in creative and outlandish courses, but also create them for yourself and share them with the world. Hopping into the Discover section of Playgrounds, I’m greeted with a treasure trove of creations from other players. From a checkpoint-based course full of jumps, tight turns, and even an upward spiral to a complex skill-based track centered on smashing targets while avoiding hazards, I encountered all kinds of ways to put my driving skills to the test. On top of finding plenty of enjoyable courses like these, my competitive streak was also satisfied, as each event has a leaderboard built in, encouraging you to play again and again to top other racers.

Once I dug into the creation tools for myself, I was easily able to craft a stunt course with a jump through a flaming hoop, a pipe to drive through (upside-down if you want), and a sharp U-turn to drift around. Thanks to pieces that snap together, it didn’t take long before the ideas in my head were brought to life on the screen. I’m excited to see what I can whip up once the final version hits and I devote more time to learning the ins and outs of the components available. 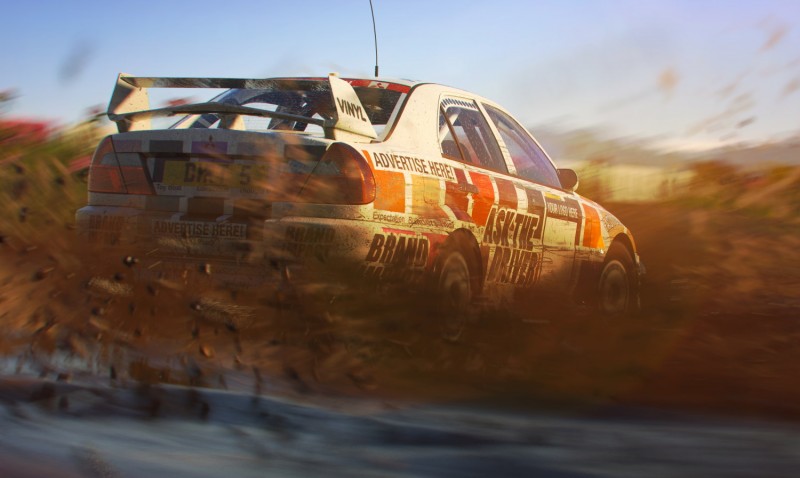 Dirt 5 isn’t a title that’s impossible to achieve on current-gen technology, but the experience on Xbox Series X is smooth as silk. I haven’t had a chance to check out the title’s performance on PlayStation 4 or Xbox One, but I continue to be pleased with the efficiency of the Xbox Series X, even on next-gen titles such as this.

Dirt 5 launches on PlayStation 5, Xbox Series X/S, PlayStation 4, Xbox One, and PC this November. It arrives on Stadia sometime next year.