Paul W.S. Anderson’s upcoming Monster Hunter movie, based on Capcom’s popular video game franchise of the same name, will now be released on December 25, 2020, Sony Pictures announced today. This is the fourth announced release date for the movie.

If you haven’t heard about Warhammer: Chaosbane, it is the first hack-and-slash set in the Warhammer Fantasy Battles universe that thrusts you into the heart of the Old World, a continent scarred by the Great War Against Chaos — a bloody conflict that has ravaged the fledgling empire. You can choose between 6 playable characters, each with their own skillset and flavour, and play with friends in co-op to explore the iconic areas of the Warhammer world.

Multiplayer is at the heart of the experience in Warhammer: Chaosbane. The entirety of the game can be played with friends. Fight together against the nastiest the Warhammer Old World has to offer!

Following the release of … Read the rest

Epic Games acquired the Houseparty app in 2019 and now the company has finally revealed how that will positively impact Fortnite. For those interested, you can now voice chat in Fortnite thanks to this app, adding yet another layer of social connectedness to the battle royale game.

The update for video chat compatibility is live beginning today, allowing players to enjoy in-game events and Victory Royale hopefuls a chance to be even more social while playing this online experience. With in-game concerts, end-of-season special events, and so many more components beyond simple running and gunning, this additional component brings the community together in yet another way.

According to Epic Games, Housparty video chat will be available for PlayStation 5, PlayStation 4, and PC players that have an iOS or Android mobile device with the app installed. Once the app is active and the Epic Games account is linked within it, … Read the rest

It’s time for a Battle Royale, Age of Empires style! With the November Anniversary Update, we’re introducing a new game mode – Battle Royale! This fast-paced mode pits up to eight players against each other in five new custom maps for a free-for-all contest to see who can be the last combatant standing. Each player starts with two hero units and can then scout the map for both supply and military buildings. Resources are on a constant tick and will accelerate if you’re able to maintain control of those supply buildings, but be vigilant – any other player can take those away by eliminating your defenses … Read the rest

As we round the corner into the holidays, it’s a great time to find shared activities that can bring the family together. The house the mouse built has an impressive variety of tabletop properties to enjoy. Check out one of these recent releases for your next family game night, and ensure that both kids and adults have a good time. 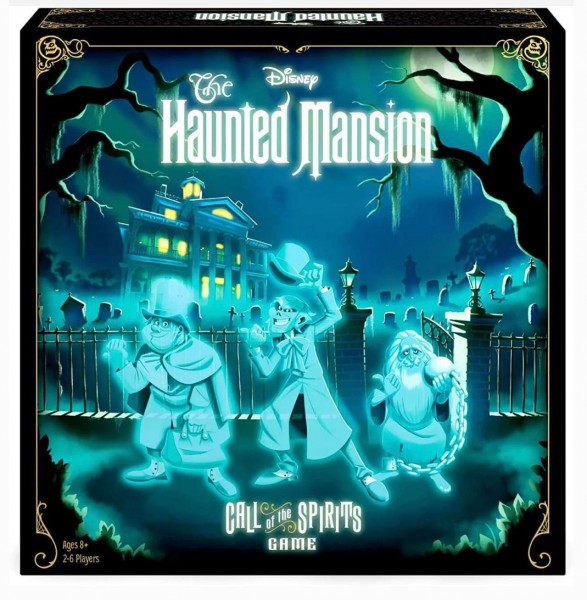 If the beloved Disney park attraction is a favorite for your household, you can’t go wrong with this eerily amusing adventure. Players wander the familiar rooms (and graves) of the Haunted Mansion, socializing with the ghosts they meet along the way to earn points – just don’t let the hitchhiking ghosts follow you home! 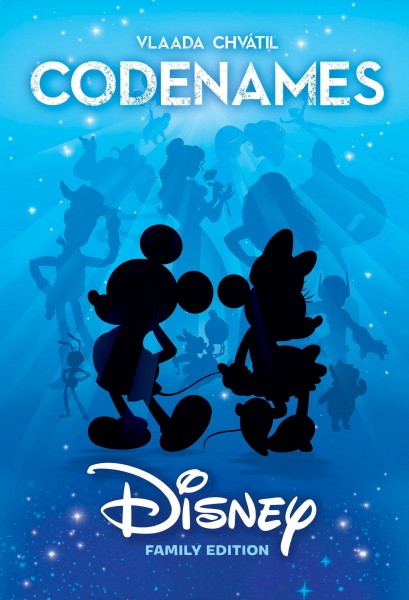 Beat Me! is a physics-based multiplayer game for up to six players. That’s a lovely party brawler where we fight as puppets at the Puppetonia kingdom. The main game mode is the deathmatch available locally as well as over the internet. There are over 100 levels in the game, which are an important part of the gameplay. Each scene can surprise you in a different way, as well as any character that players can play. Fighting in the Puppetonia Tournament, you must master skills, fighting-styles, and adopt strategies for each unique situation to win the match.

Our main goal was to make the game fun. The most important thing is not the competition, but the time well spent together. Therefore, I‘m very … Read the rest

I know it’s been a while since our last giveaway and I am so thrilled to be back with you. In a time when we are all at home more, what better time to relax and enjoy a throwback movie from the 90s staring Wesley Snipes in Marvel’s Blade.

From the studio:
Half human. Half vampire. Experience the sharper, darker, and slicker Blade now in 4K Ultra HD!

Perfect for this era of staying home and staying safe we have 10 digital copies of this classic movie, remastered for your viewing enjoyment in 4K Ultra HD, ready to give away, all you have to do is enter below by 11/30/2020 for your chance to win one. Come back daily as some methods you can enter once a day. Winners will be selected by random drawing from all eligible entries on 12/1/2020. Movie is rated [R] so … Read the rest

These various installments have expanded the world of Kingdom Hearts and introduced countless new characters, settings, and gameplay mechanics. If there’s one constant that’s been present in each game, aside from the magical pairing of Disney and original Kingdom Hearts characters, it would have to be the fantastic music.

While various composers and arrangers have contributed to the library of Kingdom Hearts music since the series’ inception, its main composer is … Read the rest

Animal Crossing encourages a wealth of creativity both in and out of the game. Some player’s create absurdly beautiful villages, others use it to host entire talk shows. The game has even inspired a clothing line. This time, a team of talented animators and artists show their love by crafting a gorgeous teaser video for a hypothetical Animal Crossing TV show.

The animation team, directed by freelance 3D animator Gabriel Salas, was put together during quarantine. . According to Salas, the idea stemmed from their appreciation for the works of Dwarf Studios as well as the Rilakkuma & Kaoru stop-motion film that premiered on Netflix in 2019.

“After playing New Horizons for a few days, I wondered how merging both universes would look like & thought it’d be fun to expand on Isabelle’s character a bit.” Salas writes in the video’s description. … Read the rest

It’s time to blow up a Cold War conspiracy decades in the making with Call of Duty: Black Ops Cold War, the direct sequel to the original and epic Black Ops. Jump into the 3 explosive modes of play: a mind-bending single-player Campaign, a bold new chapter in the cooperative Zombies mode and an action-packed Multiplayer mode, all connected to deliver a creative and immersive experience for fans. Black Ops Cold War expands access for players on all platforms with new and revamped crossplay and cross-progression features. Multiplayer and Zombies will also share a new progression system and players will be able to earn the prominent Prestige Master title in every future Season that is released. Study up on the features and content packed … Read the rest