Anthem’s revamp project is still going, and today, we get a new update.

After a bit of a hiatus, BioWare has returned with a new development update from the team currently working on making Anthem fun. While previous updates tackled loot and itemisation, this one is about skills, specialisations, builds and progression.

One thing that’s hard to ignore is how similar the new UI is to Destiny’s. This is obviously all work-in-progress, but you can clearly see two columns of weapons and abilities on either side of the screen, with the character render splitting them through the middle.

In gameplay terms, there are now 11 equipment slots, split across weapons, abilities and their mods, as well as the new artifact system. Components, as you might have already guessed, are gone, with mods now taking their place.

This screen is where you’ll be able to swap weapons, as well as … Read the rest

Astro’s Playroom arrives pre-installed on every PlayStation 5 and essentially serves as an introduction to Sony’s new DualSense controller, brilliantly showcasing its resistive triggers and uncanny haptic feedback. Not only is the game a love letter to the PlayStation generation, it’s a strong statement for Sony’s vision for the future of gaming. We went into this one unsure of what to expect from the new controller, but it really is something genuinely exciting. In some respects, Astro’s Playroom is the Wii Sports for PlayStation 5: the control system feels new and special and the game does a great job in selling the advantages to new PS5 owners.

The game itself is worthy of praise too – it may well be a free inclusion with every console, but this is no mere tutorial or demo: there’s a real game here and it’s a lot of fun. And beyond the remarkable feedback … Read the rest

We’re excited to announce that The Ascent will be available with Xbox Game Pass at launch in 2021. Developed by Neon Giant and published by Curve Digital, The Ascent will target 60 fps and full 4K on the Xbox Series X, offering amazing gameplay performance for the new generations of console players.

We want to give you The Ascent at the best possible quality so on Xbox Series X consoles you’ll see increased fidelity, Ultra HD support, and improved loading times which will make each thrilling moment in this corporation-run universe feel ever so real.

Today, we’re also happy to say that development is … Read the rest

A few weeks ago, we published a detailed rundown of what horror games we think you should play this Halloween season. But with no trick or treating this year, you’re going to have a lot of extra time on your hands to be scared. Luckily for you, Game Informer is always here to help. Rather than suggesting horror video games for you to play, this time we’re here to run down some scary movies we think you should watch if you like things that go bump in the night. 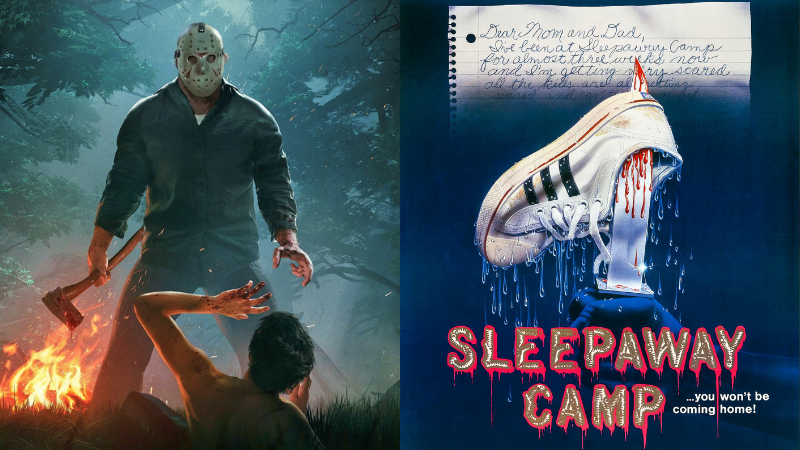 Did you like Friday the 13th: The Game? Check out Sleepaway Camp

It would be too easy to recommend a Friday the 13th movie here. Instead, you should watch the criminally underappreciated Sleepaway Camp. Released in 1983 by director Robert Hiltzik, Sleepaway Camp tells the story of Angela Baker and her stay at Camp Arawak. Angela doesn’t quite fit in and … Read the rest

☆☆☆☆☆
★★★★★
$119.99
Get it now
Xbox One X Enhanced
Get the most complete Watch Dogs experience with the Ultimate Edition including the base game, season pass, and the Ultimate Pack. Build a resistance made from anyone in the world as you fight to take back a near-future London facing its downfall. Pre-order now and get the Golden King pack featuring a mask, car skin, and 2 weapon skins!

Recruit and play as anyone from London. Everyone you see has a unique backstory, personality, and skill set.
Hack armed drones, deploy spider-bots, and take down enemies using an Augmented Reality Cloak.
Explore a massive urban open world featuring London’s many iconic landmarks and fun side activities.
Team up with your friends as you complete co-op missions and unique game modes.

There are a number of upgradable gadgets, weapons and tech available in Watch Dogs: Legion, but you’ll need to gather Tech Points if you want to improve them.

Tech Points can be earned in two ways: by completing missions of all types or hunting them down. You’ll be able to identify Tech Points by the little turquoise diamond symbol on your map and there’s usually at least one to find in each Mission area you visit.

You can also find Tech Points in random locations, such as in vents, on the roof of several tall buildings and sometimes lying out in the open, but they’re often hidden and in awkward places, so here are our tips for acquiring them.

You can read our review of Watch Dogs: Legion here.

When you enter a Restricted Area, whether you’re on a … Read the rest

Be afraid, be very afraid. The days are getting shorter, the nights darker and there’s a chill in the air that you just can’t shake. There’s no better time than now to face your fears and play that scary game you’ve been avoiding all year.

Because we know not everyone wants to dive into their fears head-on, we’ve put together a helpful game guide with our very own Spook-O-Meter, with five pumpkins being bone-chillingly scary to one pumpkin being a delightfully spooky and rambunctious time for even the littlest of monsters. Better yet, the games on this list are available to play with Xbox Game Pass on Xbox, PC or Android mobile devices with cloud gaming (beta). So, grab the candy bowl and get ready to enjoy some of the spookiest games that play best on Xbox.

You run but you can’t … Read the rest

In near-future London, Dedsec is no more. Framed for a terrorist attack, the hacktivist group from previous Watch Dogs games has been purged, and the city has morphed into an authoritarian state policed by Albion, an evil mercenary company. However, the subjugated citizens carry the spark of resistance; it’s up to you to fan it into a wildfire of rebellion. Instead of putting you in control of a single protagonist, Watch Dogs: Legion gives you thousands of disgruntled Londoners, providing the freedom and flexibility to fight like never before. Despite a few bad apples, they don’t spoil what’s ultimately an … Read the rest

$33.99
Pre-order
Get four exclusive skins when purchasing Liftoff: Drone Racing Deluxe Edition. Customize your drones with three unique Rotor Riot skins, and show off your love of simulations with the astragon skin.

Become a skilled drone racing pilot in Liftoff: Drone Racing! The game challenges you to start a fast paced from backyard to pro track drone racing pilot career, either solo in the single player or together with others in the online multiplayer mode.

With 27 officially licensed drone frames and hundreds of parts and skins from several top brands such as Rotor Riot, Armattan and ImmersionRC, you will be able to customise your own authentic racing drone by using thousands of customisation combinations. Create the drone of your dreams, start your motors and fly up to 60 race

Phil Spencer is aware that Microsoft’s first-party output has leaned hard into multiplayer over the years.

Phil Spencer, head of Xbox, has a very reasonable approach to Game Pass, and a realistic outlook of the output of his platform’s own first-party studios. It’s no secret that Xbox Studios-developed games have either been entirely multiplayer, or had a big focus on multiplayer elements and ongoing live services.

Some see Xbox Game Pass as a continuation of that, essentially a single subscription for a host of live service games, but Spencer says this is not Microsoft’s plan for the service or its own franchises.

Speaking to Game Reactor in an interview that covers a multitude of topics, the Xbox chief said that Microsoft doesn’t dictate the business model or monetisation strategy for its teams.

“It’s totally up to each studio, and I know some people that, when they’ve looked at the … Read the rest