Epic Games previously teased the Ghost Rider Fortnite skin but now it has been fully revealed alongside the news of the Ghost Rider Cup. For those that want this Marvel beauty, you’re going to need to get in touch with your competitive side as the Knockout series continues.

The event will take place within the Marvel Knockout Limited Time Mode (LTM) found in the Compete Tab within the in-game lobby. Here’s what you need to do to make sure you’re in the competition for the latest skin:

Here are this week’s games and add-on deals available from the Microsoft Games Store. Discounts are valid now through 09 November 2020 (actual end date varies by sale). 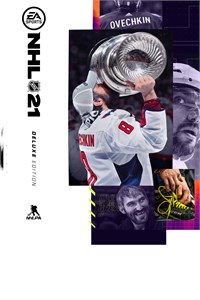 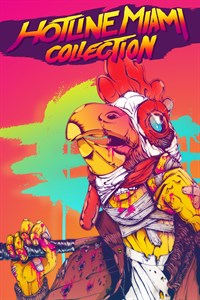 As we get closer and closer to Black Friday, Amazon US has discounted dozens of memory-saving devices for numerous platforms. Whether you’re on console or computer, there’s something here to help you save more games, films, screenshots and more.

There’s plenty of options. The big one worth mentioning – and you’ll want to be quick here – is an Epic Daily Deal that’s reducing the price of Samsung Solid State Drives (SSDs) by up to 32%. You can find all those offers here, but we’ve laid out the best of them just below.

But that’s not the only discount going right now, as Amazon is also lowering the price of dozens of other memory storage devices. There’s no lack of options here, but we’ve still got the best of them listed for you.

We’re ecstatic to be working on a video game based in the universe which originated from “The Karate Kid.” As a kid born in the 80s, you can imagine how many times I tried to land a perfect crane kick on pretty much any target, from empty cans to tennis balls. I remember one day when I was seven playing as a goalie in a soccer match at school when I literally saved a shot with an admittedly clumsy, but good enough crane kick just to show off to my friends.

I actually had not watched the show when the opportunity came along to pitch a Cobra Kai game concept to GameMill Entertainment (the show had not found its way to Netflix yet). I decided to watch an episode or two to get into a Karate Kid headspace and 20 hours later I had binged both seasons and was writing … Read the rest

Ubisoft shared a blog post today explaining how cross-progression, cross-play, and backwards compatibility will work for certain games once next-gen consoles arrive. It’s an informative read, but one thing that stands out is that a handful of the publisher’s PlayStation 4 catalog, including several Assassin’s Creed games, won’t be playable on PlayStation 5.

While all Ubisoft Xbox One games will be backwards compatible on Xbox Series X/S, the same won’t be true for the following PlayStation 4 games on Playstation 5:

The post doesn’t explain why these specific titles won’t work on PlayStation 5. Syndicate is perhaps the strangest entry, as it’s the only mainline AC game to get left behind (the Chronicles games are side-scrolling spin-offs, for those unaware). Entries … Read the rest

☆☆☆☆☆
★★★★★
$24.99
Get it now
Become a Jeopardy! Champion
Now entering the studio is YOU. Compete against your friends —and past contestants— to test your knowledge using actual TV episodes hosted by Alex Trebek. Jeopardy! PlayShow combines your Xbox (or PC), your mobile device, and your very own voice for the most realistic gameshow experience you'll ever have.

Win in Prime Time
Simply buzz in and say your answer from your couch to be a part of the game like never before. And with Party Mode, you can host head-to-head, multiplayer competitions in your living room. It's everything you love about the show: Categories, Clues, Wagers, Daily Doubles and even signing your name to the podium.

Halloween is almost here in Animal Crossing: New Horizons, and Jack has a new trick-or-treat event for you to enjoy with friends.

Throughout October, you’ll have been purchasing Halloween costumes from the Able Sister’s store, grabbing Candy from Nook’s Cranny and growing Pumpkins, now it’s time to have some spooky fun. There will be lots to do and new recipes to find, so let’s get started.

This Saturday – October 31, for the uninitiated – Jack will be available in your island’s plaza on Halloween between 5 pm and midnight, so visit him to get started.

Jack will ask if you want to take part in the Halloween fun and if you have a costume. If you say yes – which you obviously should – you’ll be able to go trick or treating with your friends around your island.… Read the rest

Halloween is right around the corner, and as luck would have it, another full moon. What better way to celebrate this year’s frightful festivities than by playing Otter Space’s Roblox horror game A Wolf or Other (more aptly abbreviated as AWOO) with your friends on Xbox One?

A Wolf or Other is an asymmetrical multiplayer game about a small community of people who must fend off against a ferocious beast every full moon. But there’s a twist! The monster is hiding among them, and it’s on the hunt. You’ll never know when your closest ally may actually turn into your worst nightmare.

Originally inspired by murder mystery games, VitalWinter, the lead developer, wanted to create a dark and thematic experience on Roblox where players could enjoy the thrill of hide-and-seek layered with the frantic fun of a social deception game. After some time of off-and-on development, A Wolf or Other… Read the rest

Video game films are largely regulated to pure adaptations of existing games. Once in a while, though, you get films like 1UP, which uses gaming as a backdrop to tell a more personable story. The underdog comedy begins production this winter and centers on women in esports, and the sexism that often surround it.

Per The Hollywood Reporter, the upcoming film stars Paris Berelc (Hubie Halloween, Alexa & Katie) as Vivian Lee, an eSports player who quits her college team after enduring sexist behavior from her male teammates. At the risk of losing her scholarship, though, she’s forced to assemble her own team led by an “enigmatic coach” played by Ellen Page (The Umbrella Academy, Juno).

The film is the first production by BuzzFeed Studios and is directed by Kyle Newman (Fanboys, Barely Lethal). The fledgling studio aims to produce “socially … Read the rest

On a day like any other, a young boy returns home to find it in ruins and his parents, gone. Armed with courage and driven by the pain of his loss, he sets out on a journey to uncover the truth behind his family's disappearance… But what he discovers will forever change the World of Arkanys…

Legends of Ethernal is a 2D single-player action adventure game where you need to explore beautiful hand-crafted environments, solve clever puzzles and battle challenging creatures to uncover the truth about your parents’ disappearance.