This is it. After months of waiting, we’re finally in possession of the realisation of Sony’s vision for the next generation of console gaming. PlayStation 5 features cutting-edge AMD CPU and graphics technology combined with ultra-fast solid state storage, ground-breaking innovations in the user interface, a revolutionary controller and, of course, 3D audio. The promise is enticing and by and large, the end product delivers. We’ve only had just over a week with final hardware, but from my perspective, PlayStation 5 is a home run.

It starts with a press of the power button, eliciting the same ping as PS4 – but the similarity from one console generation to the next ends there. From a cold boot, PlayStation 5 is ready for use in less than 14 seconds (halve that if you’re coming back from Rest Mode) and right off the bat, you’re good to go. Yes, there’s a system … Read the rest

Ten Ways to Get Ready for Xbox Series X|S
We’re just around the corner from the launch of Xbox Series X, our fastest, most powerful console ever, and Xbox Series S, featuring next-gen performance in our smallest console ever. With that in mind, we wanted to offer some tips to make sure you’re ready to play the latest and greatest games on the day you bring… Read more

The man behind Nathan Drake himself, Nolan North, recently met Nolan North himself, Tom Holland, during a previous Uncharted movie set visit. Back in October, North shared a few images from his time on set and now we’ve got two new sneak peeks into the world of this adaptation.

Nolan North voiced the iconic PlayStation character for years and helped bring a beloved narrative to life by essentially becoming Nathan Drake. Spider-Man’s Tom Holland will now be carrying on that torch into film playing a much younger Drake for an interesting origins-style tale about one of our favorite heroes.

Speaking with Game Informer, we just had to know what has him the most excited about the film, especially now that he’s gotten to see some behind-the-scenes action. “I’m probably most excited to enjoy an Uncharted adventure as a fan just like everyone else,” North tells … Read the rest

Out of Space: Couch Edition

☆☆☆☆☆
★★★★★
$9.99
Pre-order
You and your friends are about to move into a house in space, where you will have to deal with a deadly alien infestation and face the challenges of building a sustainable spaceship, all to make your new place feel as cozy as home!

COUCH FUN MEETS STRATEGY
Each match starts in a procedurally generated spaceship house that will demand your best planning and teamwork skills to become clean and comfy. You and your friends will need to generate resources, recycle trash and alien goo, buy and build new technologies, and take care of one another, if you ever want to call home the mess that you got into.

As a COUCH-FUN game, Out of Space has short matches and is easy for everyone to grab a controller and play.

Next-gen consoles are almost here, and EA has provided a list of games that are getting next-gen enhancements.

With backward compatibility on PlayStation 5 and Xbox Series X/S, you’ll also be able to play a slew of EA games including Star Wars: Squadrons, UFC4,  NHL 21, Need for Speed: Hot Pursuit Remastered, The Sims 4 and its add-on packs, as well as Apex Legends.

Here’s a breakdown of the newest games and what you can expect next week when the console’s launch.

Star Wars: Squadrons will feature two options for an improved experience on the Xbox Series X/S which you can choose between one for better visual quality and another for better performance.

If you choose improved visual quality, the game will have a better lighting model where it will run … Read the rest

It’s a strange feeling to be reviewing Xbox Series X after a preview period which essentially blew the doors open on so much of the experience. We know that Series X offers a generational leap over Xbox One and One X in so many respects: the CPU upgrade is so pronounced we couldn’t measure it in backwards compatibility gaming tests, the graphics boost is a creditable 2x over One X (without even factoring in architectural advances) with more than an 8x multiplier over the One S. Combined with the fast SSD, Xbox Series X excels in delivering a lag-free console experience to the extent that returning to the current-gen machines feels undesirable, to say the least. We’re not quite back to the plug-and-play ethos that defined the early games consoles, but this is a healthy step in the right direction.

Just one button. What could be simpler? Indie developer Matt Glanville, the lead designer of Oddworld: New ‘N’ Tasty, challenges players to answer that question with Switch ‘N’ Shoot, which is available now on Xbox One with exclusive content.

I got to know Matt as a co-exhibitor in the indie zones of a series of events across the UK. I was promoting Hyper Sentinel, another arcade shoot-em-up which launched on Xbox One in 2018, while Matt was showing off Switch ‘N’ Shoot. I spent many a happy-hour hammering away on the oversized red-button of the mini-arcade cabinet Matt had hooked up to his game (there are full-size coin-up cabinets in existence too, made by DSM Arcade). Switch ‘N’ Shoot always drew in the crowds at these events with its timeless arcade action, and it was from that moment that Matt and my company Huey Games planned … Read the rest

Did you know that the Worms franchise was coming back? Team17’s rambunctious take on the classic artillery-style game is scheduled to launch in just three weeks, but you can get in the beta this weekend and enjoy the action until Monday. Worms Rumble is launching on PlayStation 4, PlayStation 5, and PC on December 1st, but you can play in the weekend beta on PS4 and Steam. The beta is free on Steam, or obtainable via PlayStation Plus.

This open beta session includes a new map to play on, Transforming Towers. The aptly named arena features a giant tower that transforms into a giant robo-worm, because why not? You can also play in several different game modes, from traditional Deathmatch to battle royale options such as Last Worm Standing or Last Squad Standing. 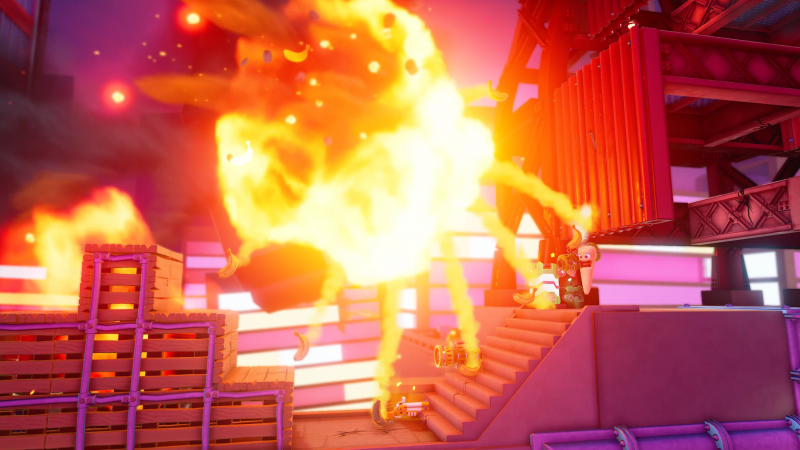 If you’ve never played a Worms title, it has its roots all the way back in the … Read the rest

☆☆☆☆☆
★★★★★
$79.99
Get it now
"Let Loose
Whilst respecting the heritage and retaining the DNA of the franchise, DIRT 5 writes a new chapter in the legacy of DIRT – bolder and braver than ever before. New features, new innovations and a fresh approach make DIRT 5 a hub of off-road racing, style and culture, where you can constantly create highlight-reel moments.

Blaze a Trail Across the Globe
Take a trip around the world to and race on over 70+ unique routes across 10 different global locations in stunning, dynamic environments. From racing on the frozen East River in New York, to under the Christ the Redeemer in Brazil, to shining by the Northern Lights at Norway, take on opponents, the terrain and extreme, everchanging conditions.

Push The Limits with Incredible Cars
Get behind the wheel

The head of Xbox Phil Spencer has said that he wants to see more black people in leadership positions in games.

Speaking to Kotaku, the Microsoft exec said that the industry as a whole, including Xbox, needs to have more black people as “visible leaders.” Spencer said that he felt black people have not been given as many chances in video games as people of other races.

“The area where I think we really need to focus more as an industry, including my own team, are, as you said, those visible leaders,” Spencer said. “Because there was a generation where this didn’t happen.”

He continued: “And as those people move up inside of the organization, you get a lot of people like me. And we don’t need more people like me in our organisation. We need a more diverse team. So I’d say, for our focus right now, I … Read the rest