People can tweak the visual effects on the new arena Neon Fields.

Developer Psyonix has added some new features to minimise the risk of Rocket League players having seizures.

In a blog post on its site, the studio said that it was introducing a new option to the settings menu called Effect Intensity, which impacts “the intensity and motion” of visual effects in the Neon Fields arena.

This new area was introduced at the end of 2020 as part of the Rocket League Season 2 round of content. Reports followed about users suffering seizures as a result of the level’s bright aesthetic.

The new options allow players to disable pulsing effects as well as flashing lights. They can also reduce or disable lights, moving effects or background visuals, in addition to being able to reduce how bright and intense background lights are.

Accessibility is a hot topic in … Read the rest

The Medium is a game of two halves – a game where you, playing as Marianne, dart between the world of the living and the dead. This distinct split is a defining factor of the story telling, the production of its soundtrack, and the rendering technology powering the game. It’s also a fascinating release in that it walks the line between delivering a next generation experience for the latest Xbox Series consoles – it’s not playable on prior gen hardware – while at the same time coming across as a homage to the early 2000s style of horror adventure game.

Produced using Unreal Engine 4 and developed by Polish studio Bloober Team – previously responsible for Observer and Layers of Fear – this game is somewhat different from other excursions into the horror adventure genre, by virtue of its use of third-person perspective camera angles, harkening back to the original … Read the rest

Announced during the Hi-Rez Showcase, Season 8 brings a larger, more strategic map for Smite’s core Conquest mode. The new map is resplendent in Babylonaian architecture — the work of Tiamat reshaping the world. And it features new gameplay mechanics, like base gates and scorpion monsters. Best of all: For the first time ever, this Conquest map will be living – players can expect the map to change quarterly throughout the season.

The other major highlight of Season 8 is a complete revamp of the Starter Item system. Some old favorite items like Death’s Toll and Bluestone Pendant make their return, alongside new items like War Flag. Even better: Each of the 16 new starter items can be upgraded into one of two unique forms once reaching level 20; will your Sands of Time become the Pendulum of Ages, granting more mana and power, or The Alternate Timeline, giving … Read the rest

A new Monster Hunter Rise Nintendo Switch console and Pro controller have been revealed, getting RPG fans even more excited for the latest entry in the beloved beastie-hunting franchise.

The latest celebratory system comes with a bold Magnamalo emblazoned in gold on a black backdrop with similarly themed designs on the rear of the console. The Joy Cons as well have similar designs, though in black with gold accents on the thumbsticks alongside the Pro Controller that also has that golden touch.

Nintendo revealed a few new images showing off the Monster Hunter tribute, scroll through the gallery below to see the designs for yourself:

The Monster Hunter Rise bundle includes a download code for the new game plus the Deluxe Kit DLC and other non-specific bonus content. The system and Pro Controller itself will be launching on March 26, the … Read the rest

$63.99
Get it now
The Elder Scrolls Online Collection: Blackwood CE is the ultimate Elder Scrolls experience and includes exclusive Collector’s Items, the Base Game, and all Chapters:
• Blackwood (New for 2021)
• Greymoor
• Elsweyr
• Summerset
• Morrowind

ULTIMATE FREEDOM—Create your ultimate RPG character, play solo or adventure with friends, and determine your fate in

As you know, Seasons are coming to Sea of Thieves, and the first one starts this week.

In blog post, Rare outlined what you can expect from Seasons in Sea of Thieves.

Announced back in December, Seasons will kick off on January 28 and each will last around three months, each bringing new gameplay features, rewards, and live events.

You will progress through Seasons by winning Renown, which is dependant on handing in loot. You will be able to play through 100 levels of Renown across 10 tiers of progression, unlocking rewards along the way. There’s also an optional premium element called the Plunder Pass, which adds more rewards when progressing through levels of Renown.

In Season One, a new Merchant Alliance Voyage becomes a permanent part of the game and new events and challenges will be introduced throughout the Season. This can be played alongside organic Seasonal … Read the rest

The Road to Six Invitational has begun, both the metaphorical ramp-up to the biggest competitive Rainbow Six Siege event of the year, and the literal in-game event you can play now on Xbox Series X|S and Xbox One. The Road to SI event runs Thursdays through Mondays (kicking off this past weekend) and continuing through February 22, bringing a revamped version of the Stadium map where players can show off their skills and try out any Operator in the Siege roster. With all Operators unlocked for all players during the Road to SI event, it’s the perfect time to fire up Siege and take some new gadgets for a spin.

As you play, you’ll also progress and earn rewards through the Road to SI Battle Pass. Moving up through the 100 tiers will unlock up to 135 rewards, including headgear, uniforms, and weapon skins. The free track is available … Read the rest

Acclaimed platformer Celeste turned three-years old this week, and to celebrate, creator Maddy Thorson surprised fans by announcing a sequel of sorts to the game. No, it’s not a direct follow-up to the game available on consoles and PC, but rather a sequel to classic Celeste, the original Pico-8 version of the game dubbed Celeste Classic 2: Lani’s Track. The best part? It’s available now for free and can be played right on your browser.

For context, the Celeste most of us are familiar with was born from an earlier version developed on the Pico-8, a virtual platform designed to mimic a traditional game console. While the technology is limited (games top at 128×128 pixel, 16-color display), Pico-8 is a useful tool for designing games without the use of actual hardware. Maddy Thorson and fellow designer Noel Berry used the platform to create Celeste in just four days during a … Read the rest

Here are this week’s games and add-on deals available from the Microsoft Games Store. Discounts are valid now through 01 February 2021 (actual end date varies by sale). 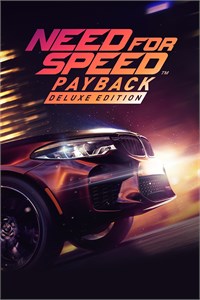 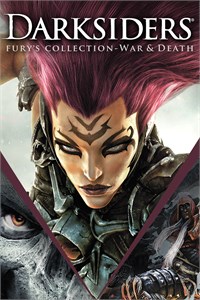 You can find one of the most powerful Assassin’s Creed Valhalla weapons, Norden’s Arc, hidden in an unremarkable pile of rocks.

Players have discovered that a small, otherwise-normal pile of rocks in the northern area of the game’s English map holds a peculiar secret for Vikings curious enough to venture a little out of their way.

As demonstrated in a helpful video by JorRaptor (thanks, Kotaku), all you need to do is head up to Northumbria and visit Brunson Turret. Then, if you make your way to a nearby lake, you’ll find a small island with a pile of rocks on it.

If you hit these rocks, you’ll find that there’s no breaking animation and no resource that comes tumbling out. However, if you’re miffed that you made the journey for no reason, all you need to do is hit the pile a couple of times, save your … Read the rest