☆☆☆☆☆
★★★★★
$8.99
Get it now
Mittelborg is the heart of this world and thousands of swords are aimed at it. Monsters, nomads, mercenaries, living deads and rebellious spirits — Chaos does not sleep and besieges the Universe. Collect resources, get ready for tempests, keep guards on the walls and mages at the towers. While lots of blood are spilt, remember what is at stake. It is better to shed a gallon of blood than lose a single leaf from the Tree of Order.

Think and rule!
Mittelborg claims for your unfaltering watch, Chancellor! Different events enforce you to make hard decisions all the time. Whom will you sacrifice: a warrior or a mage? Do you execute or pardon? Spend aether on the repairs or upgrades of weapons? Power is a heavy burden. Will you protect

This offer is available for a limited time only.

OUTRIDERS is a 1-3 player co-op RPG shooter set in an original, dark and desperate sci-fi universe.

As mankind bleeds out in the trenches of Enoch, you’ll create your own Outrider and embark on a journey across the hostile planet.

With rich storytelling spanning a diverse world, you’ll leave behind the slums and shanty towns of the First City and traverse forests, mountains and desert in the pursuit of a mysterious signal.

“Escape from Life Inc” is a quirky story-driven puzzle platformer, where you switch between three animals: a walking fish, an arrogant eagle and a stuttering reindeer. Throughout your adventure you'll be doing puzzles, platforming, exploring and much more. Together with plenty of wacky characters, help these three unlikely friends escape the alien lab!

Features:
– Play as three animals with unique personalities and abilities
– Discover a crazy and comedic narrative, with some dark twists…
– Meet a charming cast of talking animals
– Experience five different chapters that each switch up the gameplay drastically
– Enjoy tons of fun puzzle and platforming mechanics
– Bounce on a fat pig's stomach (Don't worry,

$11.69
Get it now
Xbox One X Enhanced
After the unexpected death of a close friend, Kristina returns to her hometown looking for answers, only to unearth a string of dark secrets. The truth turns out to be far more harrowing than she could have imagined…

I Saw Black Clouds is an interactive psychological thriller with supernatural elements and branching storylines. How you connect with the characters and the moral choices you make along the way will affect what you discover, the journey you take, and the resolution you find at the end.

For every decision you make, every interaction, your character’s decisions, personality and relationships are being tracked. You are rewarded with a breakdown to evaluate how you are playing the game. Discover five dimensions of your own personality; honesty, strength,

■Welcome to a wondrous all-action show, the likes of which has never been seen before!
BALAN WONDERWORLD is a wondrous action platformer game themed around the Balan Theatre. Led by the enigmatic maestro named Balan, the stars of the show Emma and Leo will use special abilities from a multitude of characterful costumes as they adventure in the bizarre and imaginary land of Wonderworld. Here memories and vistas from the real world mix with the things that people hold dear.
Twelve different tales await our stars in the Wonderworld, each with their own unique quirks. They will explore all corners of these labyrinthine stages, filled with a myriad of tricks and traps,

$35.99
Get it now
It Takes Two uses Smart Delivery technology – buy the game once and play it on either Xbox One or Xbox Series X|S.

Embark on the craziest journey of your life in It Takes Two, a genre-bending platform adventure created purely for co-op. Invite a friend to join for free with Friend’s Pass* and work together across a huge variety of gleefully disruptive gameplay challenges. Play as the clashing couple Cody and May, two humans turned into dolls by a magic spell. Together, trapped in a fantastical world where the unpredictable hides around every corner, they are reluctantly challenged with saving their fractured relationship.

Master unique and connected character abilities in every new level. Help each other across an abundance of unexpected obstacles and laugh-out-loud moments.

The Wild at Heart

☆☆☆☆☆
★★★★★
$24.99
Pre-order
A mysterious hidden realm. Two precocious kids fleeing hardship. Magical creatures and an oddball order of guardians who have lost their way. A stygian evil imprisoned. Welcome to the Deep Woods.

Explore
A unique and sequestered world rich with centuries full of lore. Woods, caves, coastline, ancient shrines… The Deep Woods is full of puzzles to be solved and secrets waiting to be uncovered.

The only aim in Rust is to survive – Overcome struggles such as hunger, thirst and cold. Build a fire. Build a shelter. Kill animals. Protect yourself from other players.

Those who purchase Rust Console Edition – Ultimate will receive: 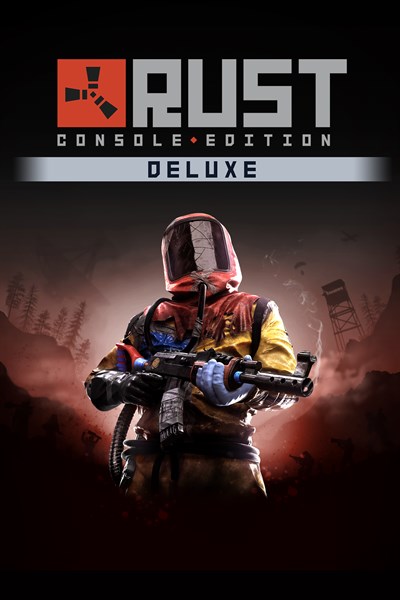 The only aim in Rust is to survive – Overcome struggles such as hunger, thirst and cold. Build a fire. Build a shelter. Kill animals. Protect yourself

☆☆☆☆☆
★★★★★
$29.99
Get it now
Xbox One X Enhanced
Lead a squadron of Mercenaries into the accursed city of Grant and aid a surviving resistance in fighting against a deadly cult of fanatics. Eradicate the fog that shrouds the streets and inflicts madness among the populace in this thrilling alternate history Turn-Based Strategy RPG!

– Explore the ruined streets of Grant, a 17th century city based on the architecture of the Low Lands. Aid the resistance in their struggle against the Mephistian Cultists.

– Uncover the history of Mephisto, a menacing Alchemist who brewed a maddening fog, and clouded the entire city.

– Fight using bodily alchemy based on the old concept of Humorism. Master the four different instabilities and combine them with Catalyst Attacks to deal massive damage to enemies!

WWII had no victor

The war persisted for 20 more years only to end in flames when the Nazis launched nuclear missiles on most of Europe. In the aftermath, the heart of Europe remains shrouded in the mystery of complete destruction and deadly radiation, inaccessible to the rest of the world.

The last story on Earth

You play as Szymon, a 12-year-old boy who’s just discovered a massive Nazi bunker while wandering the barren, nuclear wasteland of Poland after his mother’s death. He’s searching for an unknown man from a photograph his mother cherished. Who is he? Will you be able to find him?

Descend into the retro futuristic bunker where advanced, industrial technology is intertwined with mysterious, Slavic pagan imagery and explore the underground city