Worms Rumble reimagines the turn-based classic as a real-time arena shooter. It’s arcadey and colourful and extremely brisk. I would love to tell you that this is the definitive Worms Battle Royale, but so far Last Worm Standing is actually my least favourite of the three modes on offer. Nonetheless I guess that’s the pitch.

It’s 32 players blasting each other to pieces in surprisingly expansive 2D environments with lots of architectural complexity to balance the fact that there are so many people packed in there together. There are shopping malls and underground stations with working trains. There are vents and elevators and secret areas, which are covered to the player until you head inside yourself – which could mean a nasty surprise. You spawn with one of a handful of weapons but there are plenty of others scattered around. This is Worms so there are rifles and shotguns, but … Read the rest

Immortals Fenyx Rising brings grand mythological adventure to life. Play as Fenyx, a new winged demigod, on a quest to save the Greek gods.

– Wield the powers of the gods like Achilles' sword and Daidalos' wings to battle powerful enemies and solve ancient puzzles.
– Fight iconic mythological beasts like Cyclops and Medusa in dynamic combat in the air and on the ground.
– Use your skills and diverse weapons including self-guided arrows, telekinesis and more for devastating damage.
– Discover a stylized open world across seven unique regions, each inspired by the gods.

The cubes are probably my favourite thing about Immortals Fenyx Rising. The floating cubes. Huge cubes, taller than me, scattered nursery toys of the Gods. You whack them to start them up and then they glow and hover above the ground. In this state you can pull them about and even throw them. You can stack them and use them for all kinds of platforming puzzles. Clever stuff, inevitably. What I love though – and I think I do love the cubes a bit – is their playfulness. Prod them and they drift a little. Lob them at a target and they spin away afterwards with a sort of Space Odyssey laziness. Once I was standing on a cube and I got another one stuck underneath it, which meant the cube I was standing on started to tilt and threatened to throw me off. Immortals is always a lively game, … Read the rest

$16.19
Pre-order
Nika has just finished the first phase of her plan to destroy everything that isn't cool: the construction of a combat mecha called MechaNika. There's no time to lose, so join Nika, get your hands on MechaNika's controls and demolish the entire planet. You have to put an end to history books, planned obsolescence, kitschy dresses, never-ending sagas of boring video games and pea soup.

And if there's someone in the world that hates vegetables more than Nika, it's her friend Agatha, the insomniac butcher and prophetess of Carnivorism that loves animals and their succulent meat in equal measure. That's why, when she learns of the objectives of Nika's plan, she doesn't hesitate to join the mission of destruction alongside the Great Bleeding Pig, god of Carnivorism, to subdue any grass-eating, non-believers that

After staying seemingly closed off for many years, 2020 is looking like the year Chinese games break out onto the global market. There’s first-person shooter/slasher Bright Memory, which not only left early access earlier this year but is also being developed into a full-length game, while early footage of next-gen action game Black Myth: Wukong was enough to generate buzz around the world. The biggest success however belongs to Genshin Impact, already the biggest global launch for a Chinese game ever, with over $100 million revenue reported within two weeks of release. If these are signs of a trend, then Chinese developers are in for a bright new dawn of premium-quality games.

But when I think of Chinese games, I’m never just thinking of games made from China. As a Chinese person myself, I’m thinking of all the other cultural traditions and sensibilities that carry across a whole ethnic diaspora. … Read the rest

Here are this week’s games and add-on deals available from the Microsoft Games Store. Discounts are valid now through 07 December 2020 (actual end date varies by sale).

Fore more details about what Xbox has planned for Black Friday / Cyber Monday, check out Xbox Black Friday Deals Offer a Gift for Everyone on Your List This Holiday 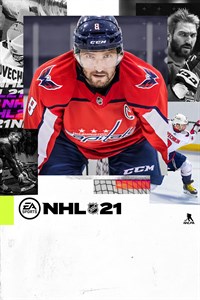 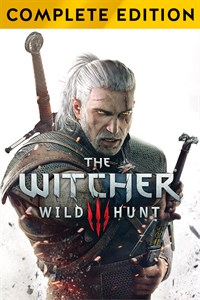 Thursday’s 1.0.4 patch for Assassin’s Creed Valhalla is the first big update for Ubisoft’s latest massive open worlder – and a crucial one, delivering a vast array of gameplay improvements and bug fixes, but of course, the Digital Foundry focus is more on technical validation for what has been the most contentious of the next generation launch line-up. For all of its spec advantages, Xbox Series X ran with a performance penalty against PlayStation 5, while Xbox Series S launched without the signature next-gen 60fps support. The 1.0.4 patch aims to address of all of this – and indeed, it does – and also adds a 4K30 quality mode too.

First of all though, we need to tackle an interesting wrinkle that has emerged from the arrival of the new patch. While there’s broad consensus that the performance situation is much improved on Xbox Series X, another narrative has emerged … Read the rest

Bluepoint Games’ reimagining of Demon’s Souls is the highest-rated launch game on PS5, and understandably so. The Austin studio has done a fantastic job of bringing its interpretation of Demon’s Souls to Sony’s brand-new console, furnishing its remake of a cult classic with mod-cons like a fully-featured photo mode, two different graphical options – and, of course, graphics to die for. Still, it’s fascinating to note some of the things Bluepoint had creative license to change when remaking Demon’s Souls – and to ask whether some elements of the original design have been lost in translation.

Demon’s Souls had a rocky start. Initially pitched as an ‘Oblivion’ competitor, it struggled in its early stages of development. This is where Armored Core 4 and For Answer Director, Hidetaka Miyazaki was brought on to steer the ship, and make sure that Demon’s Souls made it all the way to a final release. … Read the rest

Everything You Need to Know About the Amazing World of Phogs!