Incoming message from Control: Raven, please prepare for immediate mission deployment. Yes, it’s finally time to take aim with new modern warfare shooter, Sniper Ghost Warrior Contracts 2, launching today on Xbox One and Xbox Series X|S. The latest entry in the best-selling first-person sniping franchise, this eagerly awaited sequel promises to take the series to new heights (and lengths!) with a host of new features, not least of all, the further-than-ever extreme-range sniping. With many targets now over 1000m away, the dramatic single-player campaign promises to challenge even the most proficient FPS … Read the rest

☆☆☆☆☆
2
★★★★★
$49.99
Get it now
Sniper Ghost Warrior Contracts 2 marks the most challenging entry to the acclaimed series yet, introducing extreme-range sniping with targets over 1000m away. Featuring a dramatic single-player campaign set in modern day Middle East, there’s no better way to prepare for its high-pressure tactical combat, than with the Deluxe Arsenal Edition.

Featuring:
ZXR .45 ACP – As well as the only silenced SMG in the game, the ZXR .45 ACP also shoots the biggest rounds, making it one powerful addition to your arsenal
Kings Arms Sawn Off Shotgun – The only shotgun to go into the sidearm slot, usually reserved for pistols – a very tempting trade-off.
Giovanni Mk12 Auto – The only silenced shotgun in-game. The enemy won’t know what hit it
Prescot SR-9

The Tools Up! Garden Party DLC is back with its next installment, Episode 2: Tunnel Vision. We’re moving on up through the tree house from the flowery levels of spring to 15 new sizzling summer levels where you’ll face a new extremely messy underground opponent – The Hole Mole.

In addition, Episode 2 brings new tools and mechanics to the game. One of the new tools you’ll get to work with is a pickaxe. With it you’ll be able to create winding paths in your garden and artsy sculptures.

Another new tool, the rake will become your second best friend because it really speeds up the process of preparing soil for planting flowers and cacti! That’s right, this is no humdrum summer vacation!

With all that summer heat you’ll definitely be looking for a way to cool down. With the new water pipe mechanic, a cool dip is … Read the rest

Play as your own rider or manage your team
In Pro Team mode you lead a team that must prove itself to reach the top of the Pro Cycling team rankings. Your team starts at the bottom, but you may be invited to take part in the major races if the organisers see that your results are

It has been a joy to watch Xbox One, Xbox Series X|S, and Xbox Game Pass members jump into the new adventures offered up in our recent Expeditions update to No Man’s Sky, starting afresh on the same planet as everyone else and embarking on a new journey to claim limited-time rewards like the Golden Vector Ship and the SSV Normandy SR1 from Mass Effect. We have more expeditions and surprises coming shortly.

Today, we’re excited to be able to release our latest update, No Man’s Sky: Prisms, free to all owners.

Virtually every aspect of the game has had a visual overhaul. Planets, skies, stars, creatures, the weather, space stations, and more. New technology and new art mean they look the best they’ve ever been. We can’t wait for players to discover the changes.

While exploring planets you’ll notice new weather effects, such as rain which … Read the rest

Darkness descends over the world of Nostria. Conspiracies, sabotage, and necromancy are overshadowing the country. But maybe a saviour – the kingdom's last hope – is already here, to fight back and finally restore peace and order in Nostria!

King’s Bounty II is the long-awaited sequel to the legendary King’s Bounty video games franchise, one of the most iconic representatives

MechWarrior has returned to the Xbox platform better than ever and we’re so excited that fans and new players can check out the latest adventure in the BattleTech universe!

Why better than ever? Well, we spent nearly one year of development time to implement over 30 major updates to the base game based directly on feedback from our passionate MechWarrior community. This huge (and free) update covers a bit of everything with quality-of-life improvements that make managing and customizing your mechs a breeze, adjustments to UI and game systems, and … Read the rest

Here are this week’s games and add-on deals available from the Microsoft Games Store. Discounts are valid now through 07 June 2021 (actual end date varies by sale). 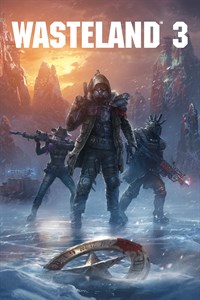 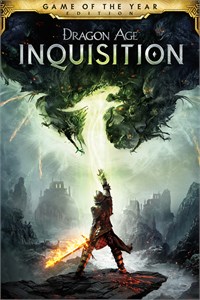 From the days of Resident Evil and Silent Hill right through to the present, survival horror has long had a sizeable fanbase on console, which is why we’re so excited to bring Song of Horror to Xbox One and Xbox Series X|S. A lot of the series that inspired this Lovecraftian, third person adventure launched on Xbox consoles of old, and part of Song of Horror’s DNA is to pay homage to these classic masterpieces of the survival-horror genre.

As studio co-founder Carlos G.F. Grupeli says, that’s exactly why bringing Song of Horror to console felt like the next logical step after making a splash on PC in 2019. “The survival-horror genre has such a long and  rich history on Xbox that it feels like absolutely the right home for our little ode to all that has gone before,” says Carlos. “We want to bring it to an audience that … Read the rest

$11.99
Get it now
Xbox One X Enhanced
Free Trial
You are Nancy Bradford, a talented daughter of famous scientists who died under mysterious circumstances 20 years ago. Your recent studies, concentrating on mind control, draw attention from a prestigious Neurotech Institute as well as the CIA, which resulted in an unusual offer. Continuing studies within the walls of a top-secret laboratory and getting a huge grant is surely enticing, spying on the other hand sounds like a risky job. Brace yourself as it's just a kick-off for a deadly game!

Third instalment of the Family Mysteries series plunges you into a sea of action, double agents, brainwashed patients, murky experiments, nerds and conspiracy theories. A thrilling example of spy fiction with upfront overtones of X-Files, that should satisfy